MISSION
To provide maritime services in order to meet the operational objectives of the Jamaica Defence Force.
A CAREER AT SEA

The Jamaica Defence Force (JDF) Coast Guard is the naval arm of the Force. The JDF Coast Guard is tasked with the maintenance of law and order in Jamaica’s maritime domain.

This domain is approximately 240,000sq km or approximately twenty five times the size of the mainland. Two of the missions executed by the Coast Guard are maritime safety and maritime law enforcement. Maritime safety involves search and rescue, pleasure craft inspections, response to oil spills and other hazardous substances. Maritime law missions include fisheries protection, drug interdiction, and customs and immigration.

In order to meet the demands of the Unit’s operational tempo and requirements, there is a weekly rotation of personnel from one outstation to another. The locations of the outstations assist greatly with the fulfillment of the Unit’s missions. Jamaica’s maritime domain is expansive thus the JDF Coast Guard Headquarters would not be able to respond to its ever increasing demands without the establishment of the outstations which tremendously helps the Unit to fulfill its roles. The Unit’s flexibility and innovation are exercised daily in maintaining a presence in out maritime domain.

In keeping with its motto, “Service for the lives of others,” the Coast Guard continues to provide assistance to civil authority, civilian agencies and individual fishermen in its search and rescue operations.

Roles of the Coast Guard Reserve

The unit assists in maintaining the sovereignty of Jamaica’s territorial waters, search and rescue, and international maritime communications.

The requirements of the JDF Coast Guard (National Reserve) for those wishing to join as officers, or as ordinary seamen are the same as those of the infantry reserve. The steps taken in applying, and the expectations are identical. The procedure to become an officer is the only area of difference. The potential officer attends a selection board only after his initial training, whereupon he is appointed an officer cadet. If at any stage of his officer processing, testing, or training he is disqualified, he cannot re-join the lower ranks.

All persons join as ordinary seamen, and those who wish to become officers, after a period of service, are then trained as such while holding the rank of Officer Cadet.

Ask Us a Question? 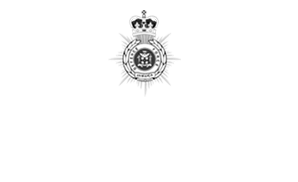