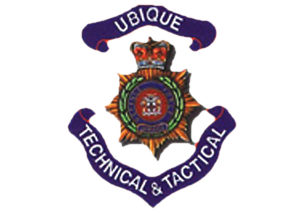 Lieutenant Colonel (Lt Col) Eldon Morgan is from Gordon Town, North East St. Andrew, and is the second of four children for his father, who is now deceased. He attended the University of Technology, Jamaica where he obtained a Diploma in Mechanical Engineering (Plant Operations) in September 2005. Whilst at the University he played football and also gained work experience in the petroleum industry at Petrojam Jamaica Ltd. He also completed a Bachelor of Engineering in Construction Engineering at the University of Technology, Jamaica and a Masters of Military Studies at the Nanjing Army Command College, Nanjing, China.

Lt Col Morgan did his Basic Officer Course at the Canadian Forces Leadership and Recruit School, St. Jean Quebec.  Upon returning to Jamaica, he was appointed as a Platoon Commander at the 2nd Battalion Jamaica Regiment.  Several other appointments throughout his military career include Engineer Troop Commander,  Training Officer, Adjutant, Force Athletics and Cross Country Officer, Officer Commanding, Operations Officer, ADC to His Excellency the Governor-General, Directing Staff CJCSC, and DART Commander.

He also has significant experience overseas including:

Lt Col Morgan is currently employed as the Commanding Officer, 1 Engr Regt (JDF).   His goals are to gain the most from his training and experience, improve systems and standards where necessary, reinforce the material learnt on training and experience to date through application in the field and further his studies in Engineering. His hobbies and interests include listening to music and driving.