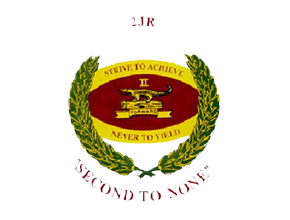 Lieutenant Colonel (Lt Col) Champlini Henry is a graduate of the Royal Military Academy Sandhurst in the United Kingdom and is the Commanding Officer (CO) for the Second Battalion the Jamaica Regiment (2 JR). Lieutenant Colonel Henry was appointed the Second in Command (2IC) for 2 JR on January 1, 2021. As the 2IC, he had responsibility for the development and maintenance of the standards of training and operations for the Second Battalion and also advised the Commanding Officer as required.

He has also served as Aide-de-Camp to the Chief of Defence Staff, University of West Indies Course Coordinator and Graduate facilitator for the Junior Command and Staff Leadership Training Course, Directing Staff Caribbean Junior Command Staff College, Course Coordinator, Training Officer and later Chief Instructor for the Young Officers’ Course, Officer in Charge of Infantry Qualification Course for over two hundred (200) recruits, Officer in Charge of the development and execution of the Military Swimming Training for over two hundred (200) recruits.

Lt Col Henry has also served as the president of Boards for the Infantry Trade qualification assessment for the promotion of enlisted ranks from recruit to Private; Private to Lance Corporal; and Corporal to Sergeant.

Lt Col Henry holds a Master of Science degree from the University of Leicester in the discipline of Security and Risk Management.