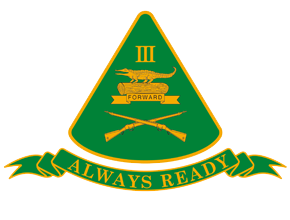 Lt Col Morgan is a graduate of both the Camperdown High School and Ardenne High School.  Following a short tenure at the Electoral Office of Jamaica (EOJ), Lt Col Morgan was employed at the Jamaica Customs Agency (JCA).  He has served in various positions at the JCA to include: Assistant Investigator in the Revenue Investigation Department (RID)(1987-1991), Invoice Inspector (1991-1996), and Chief Invoice Inspector (1996-1998).  The job rotation policy has led to numerous other appointments over the years such as Customs Boarding Officer, Information Officer, Senior Customs Officer in charge of Port Esquivel, Rocky Point & Black River, Manager of Air Cargo (Norman Manley International Airport), Valuation and Verification Unit, Entry Processing Unit, Kingston Wharves Limited (KWL), and currently the Manager at Kingston Freeport Terminal Limited (KFTL).

He has completed several specialized training courses which include: the Harmonized System (HS) of classification of imported merchandise, Methods of Valuation, Cargo Examination Procedures, Processing of passengers at airports and seaports, Passenger Profiling, Methods of Concealment and Risk Management procedures. He also served on several committees and Changed Projects such as Chairman of the Professionalism and Integrity Committee that developed and published the Customs Integrity Manual and was the first President of the Jamaica Customs Staff Welfare Association.

He enlisted in the Third Battalion the Jamaica Regiment (National Reserve) (3 JR(NR)) on the 18th of June 1992 and was granted a commission on 17th March 2000 in the rank of Second Lieutenant.  He was promoted to Lieutenant in 2002, Captain in 2007, and Major in 2013. During his tenure, he has served as Platoon Commander, Recruit Training Officer, Second in Command ‘E’ Coy, Officer Commanding ‘A’ Coy, ‘B’ Coy, HQ Coy, ‘E’ Coy and President of the Mess Committee. When the Jamaica National Reserve (JNR) Brigade Headquarters was stood-up, the Defence Board approved his appointment as Executive Officer (XO) and promoted him to the rank of Lieutenant Colonel on July 2018.

Lt Col Morgan holds a Master Entry Diploma from the University of Wales, a Post Graduate Certificate in Management Consultancy and a Master of Science Degree (pending) in Procurement, Logistics and Supply Chain Management from Salford University in the UK.

He is the proud father of two daughters.