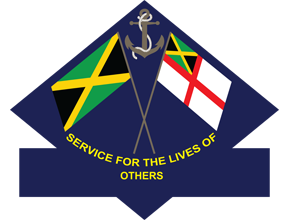 He was born in the parish of St. Catherine, Jamaica.  He attended the St. Jago High School.  After graduating in July 2004, he enlisted directly into the Jamaica Defence Force (JDF).

He successfully completed Initial Officer (Surface Warfare) Course at the Britannia Royal Naval College – Dartmouth UK and received a Queen’s Commission in the rank of Sub-Lieutenant in the JDF.  Lt Cdr Gayle is a graduate of the University of the West Indies, Mona, the Command and Operations School United States Coast Guard Academy and the United States Naval War College.

He has also served at the Headquarters JDF as the SO1 J1 (Personnel and Administration) before taking command of the 1st Dist JDF CG.

He is a recipient of the General Service Medal with Clasp 2018.

Cdr Gayle is married with three daughters.  He enjoys exploring the island of Jamaica and swimming.