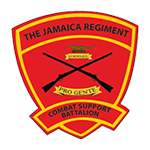 Lieutenant Colonel (Lt Col) Alicia P Henry born in Kingston, Jamaica on 13 December 1982. She completed her Secondary School studies at Merl Grove High School in 2002 and later completed her undergraduate studies in Accounting at the University of Technology in 2006. In February of 2020 she completed reading for a Masters in Business Administration from Florida International University, United States of America.

She attended a number of military seminars and courses locally and overseas including United States Army Military Police Officer Basic Leadership Course, Fort Leonard Wood in 2007 and both Financial Management Basic Leadership Course and Captain Career Course in Fort Jackson, South Carolina in 2010. She completed at MIND both Preparing Cabinet Submission and Government of Jamaica Procurement Policies and Procedure in 2012. She also graduated the Caribbean Junior Command and Staff Course, Moneague Training Camp in 2014. In 2018 she was the Officer Commanding Bravo Company with direct responsibility for operations the Mount Salem Zone of Special Operations and was awarded the Medal of Honour for General Service with Clasp 2018.

Coming from a humble background, Lt Col HENRY lives by the Mantra “Labor Omnia Vincit” which translates “Hard Work Overcomes All Difficulties”. She believes that once you put in the work you will reap the commensurate rewards and that nothing should be left up to luck or chance.

She is married to Kevron, who is also an active duty Commissioned Officer and they have a daughter, Brieanne Asha-Rey.