The Battalion is currently based at Headquarters Jamaica Defence Force, Up Park Camp, Kingston as the rotation of battalions were completed between 18-21 February 2010. The First Battalion The Jamaica Regiment (1 JR) rotated between Lathbury Barracks, Up Park Camp, Kingston and the Moneague Training Camp (MTC), Moneague, St Ann, every twelve months and its operational commitments vary accordingly.  The Battalion is committed to assisting the civil police in the Metropolitan Area of Kingston and St. Andrew and the adjoining parish of St. Catherine.

Operations are coordinated and designated by a Joint Task Force Headquarters comprising command elements from both the JCF and the JDF.  The roles and duties of the Unit are outlined ion detail hereunder: 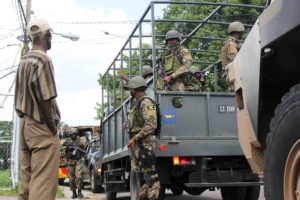