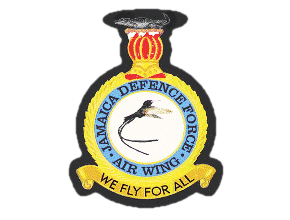 Lieutenant Colonel (Lt Col) Brian Lundy was born in the Parish of St Catherine, Jamaica.  In 2001, he joined the Jamaica Defence Force (JDF) as an enlisted rank before rising through to his present rank. He is a graduate of the Royal Military Academy Sandhurst, United Kingdom as well as the 3 Canadian Forces Flight Training School where he gained his Military Pilot Wings.

He has served majority of his military career in the JDF Air Wing, occupying capacities as a line pilot, Adjutant, Flight Safety Officer, Flight Commander, Helicopter Instructor and more recently Second in Command.  He has also served as a Platoon Commander in the Second Battalion Jamaica Regiment.  He is a graduate of the Caribbean Junior Command Staff College in Moneague St Ann.  Lt Col Lundy is the recipient of the Medal of Honour for Meritorious Service and First Bar to the Medal of Honour for Meritorious Service gained from aviation rescue operations. Lt Col Lundy is also a Justice of the Peace for the parish of St Catherine.

He is currently serving as Commanding Officer for the JDF Air Wing; having recently completed a staff appointment as SO2 J7 (Training and Doctrine) at Headquarters Jamaica Defence Force.  In his current post, he focuses on the management of the Aviation arm of the Jamaica Defence Force. He was promoted to the rank of Lieutenant Colonel on the 7 November 2019.