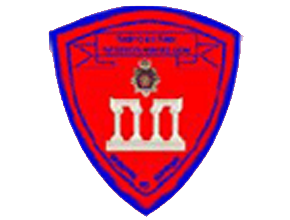 Lieutenant Colonel (Lt Col) Tanya A Spence-Greenidge joined the Jamaica Defence Force in February 1998 after completing a Bachelor of Science Degree (BSc.) in Management Studies at the University of the West Indies, Mona Campus.  She completed her initial military training at the JDF Training Depot, Newcastle Hill Station before proceeding on her officer training commissioning course at the Royal Military Academy, Sandhurst in the United Kingdom.

After serving in administrative capacities in the Support and Services Battalion and the Engineer Regiment she was selected to read for a Bachelor of Laws Degree at the University of the West Indies, Cave Hill Campus, Barbados.  Thereafter, she attended the Norman Manley Law School and successfully completed the Certificate of Legal Education, graduating on the Principal’s Honor Roll.  As part of her legal development training she was seconded to the Office of the Director of Public Prosecutions for Jamaica (DPP) where she prosecuted and represented that office in several cases in the Magistrates Court, the Gun Court, the Supreme Court and the Court of Appeal of Jamaica.

Throughout her military service, she has held several appointments to include Staff Officer to the Chief of Defence Staff, Deputy Inspector General with responsibility for Investigations and Boards of Inquiry, Staff Officer Legal, Aide-de-Camp to the Chief of Defence Staff, Assistant Staff Officer – Logistics, Acting Assistant Staff Officer Administration – Personnel, Officer in Charge of Policy and Doctrine and Certified Military Law and Law of Armed Conflict Instructor.  She is currently employed as the Commanding Officer for the Support and Services Battalion.

Lt Col Spence-Greenidge holds a Master of Science Degree in National Security and Strategic Studies from the University of the West Indies, Mona Campus.  Her personal decoration is The Medal of Honor for Meritorious Service.  She is married to Dolan and they have one son, Joshua.